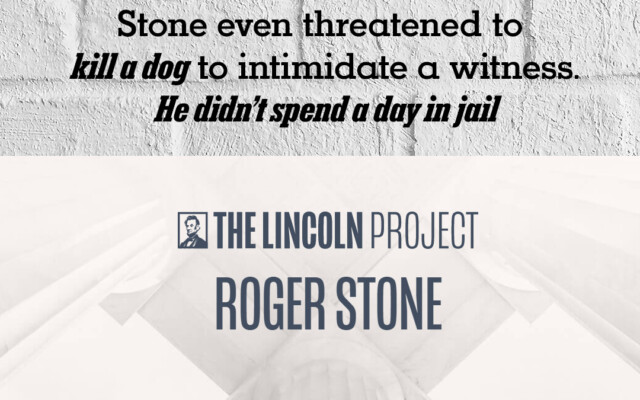 Roger Stone was convicted of seven felonies. Stone lied to the FBI keep Trump’s secrets, and about his role as the go-between with a Russian intelligence front in the 2016 presidential election Stone even threatened to kill a dog to intimidate a witness. He didn’t spend a day in jail. Sign the petition today.